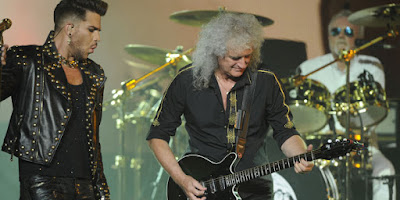 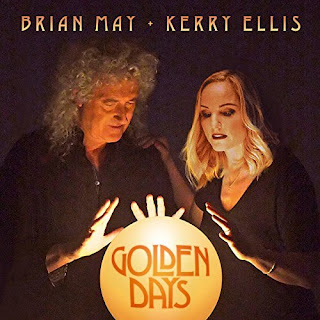 Brian May and Kerry Ellis, ‘Golden Days’ Track Listing
“Love in a Rainbow”
“Roll With You”
“Golden Days”
“It’s Gonna Be All Right (The Panic Attack Song)”
“Amazing Grace”
“One Voice”
“If I Loved You”
“Born Free”
“Parisienne Walkways”
“I Who Have Nothing”
“The Kissing Me Song”
“Story of a Heart”
“Can’t Help Falling In Love”

Before listening to this album by guitar legend Brian May and musical theater singer Kerry Ellis I was a bit hesitant. Being a rock fan and a not a great lover of musical theater I didn't know what to expect.

The album is a mixture of cover versions and original songs. If you're looking to hear Brian May's Red Special guitar you are probably going to love his version of Gary Moores Parisienne Walkways.
As I pointed out I'm not a huge fan of musical theater and that style of singing. On saying that there can be no doubt after listening to this album of Kerry Ellis' singing ability and beauty of her voice.
Elvis' Can't Help Falling In Love is a particular high point for me as well as the lovely acoustic guitar intro played on Amazing Grace.

Posted by Unknown at 8:03 PM No comments:


The New Monopoly Set based around Queen has been released.
Brian May (Queen Guitarist) went on Instagram and Twitter prior to release to show pictures of the new Monopoly set. 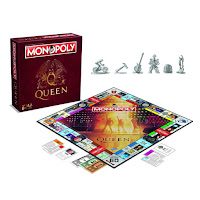 The board art work is that of the Queen Live Killers Album cover, while the the game has changed from a property game to a game following the rise of the band starting with their very first gig at Imperial College in 1970 to their last concert at Knebworth in 1986.
A nice touch is that the Monopoly game pieces include a radio from ‘Radio Ga Ga’, a cyclist for ‘Bicycle Race’, a robot for ‘News Of The World’, a hammer for ‘Hammer To Fall’, a vacuum cleaner for ‘I Want To Break Free’ and Brian May’s Red Special guitar.

Posted by Unknown at 7:42 PM No comments:

Which Bands Are Influenced by Queen? - The Killer Queen Chat Show - EP47

Which Bands Are Influenced by Queen? - The Killer Queen Chat Show - EP47

Can you think which artists are influenced directly by Queen?
In his episode of The Killer Queen Chat Show Marc and James discuss how songs like Stone Cold Crazy and Ogre Battle influenced Speed Metal as well at artists like Lady Ga Ga site Queen as a major influence

Posted by Unknown at 8:33 AM No comments:

Email ThisBlogThis!Share to TwitterShare to FacebookShare to Pinterest
Labels: brian may, freddie mercury, queen, the killer queen chat show, Which Bands Are Influenced by Queen 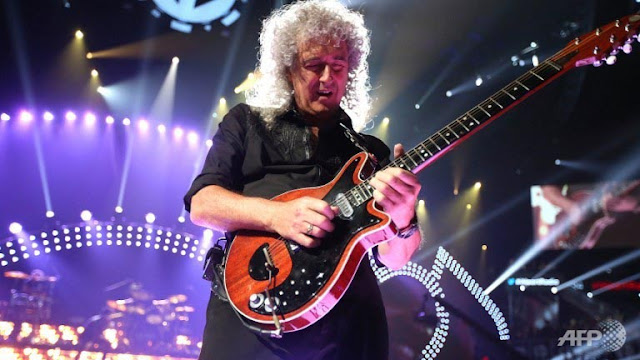 Brian May is one of the greatest and most influential rock guitarists of all time.
In this episode of The Killer Queen Chat Show, Marc S Knight and James Rundle discuss the Brian's guitar playing style and influnce of modern music

Posted by Unknown at 7:39 AM No comments: