In this video Freddie Mercury discusses Bohemian Rhapsody and the visual impact the music video had brining in a whole new audience.
Freddie talks about the meaning of We Are The Champions as well as Queen not writing songs to be singles.
The punk era was changing the music scene at the time and they talk about the competition in the music charts of the time
Posted by James Rundle at 9:49 AM No comments:

Email ThisBlogThis!Share to TwitterShare to FacebookShare to Pinterest
Labels: bohemian rhapsody, freddie mercury, we are the champions

Posted by James Rundle at 2:49 PM No comments:

How The Bohemian Rhapsody Music Video Was Made

How The Bohemian Rhapsody Music Video Was Made

Posted by James Rundle at 2:45 PM No comments: 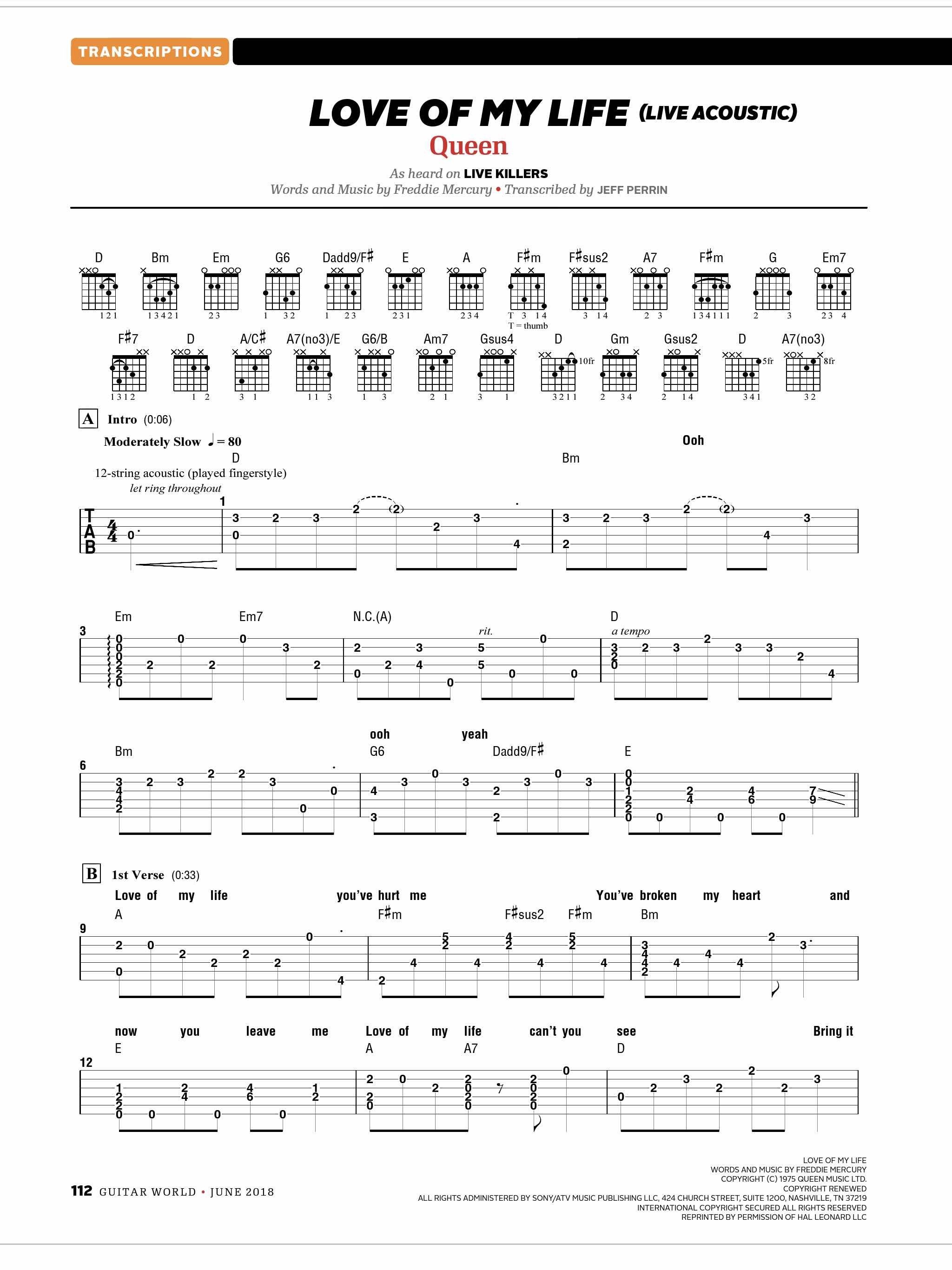 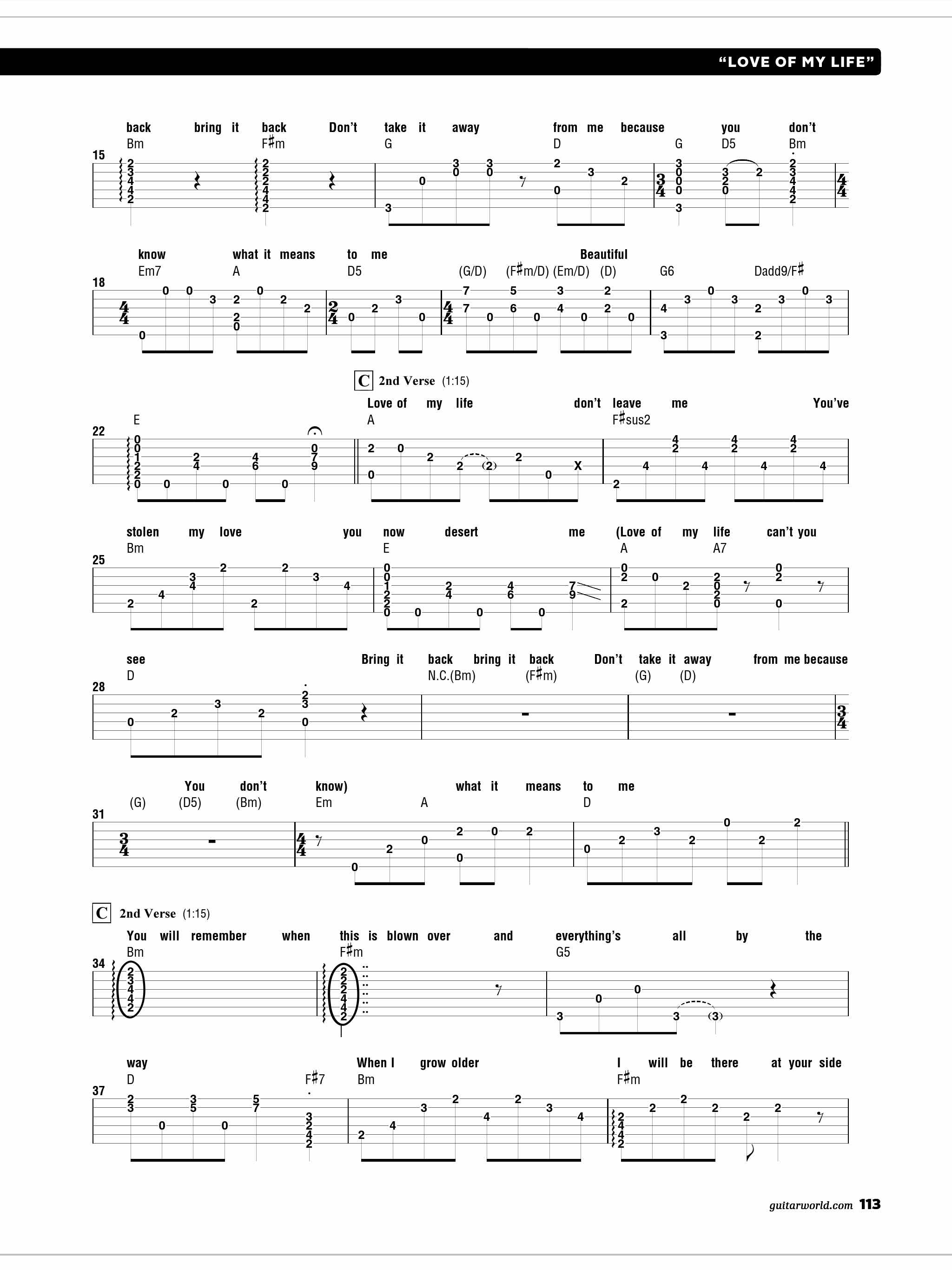 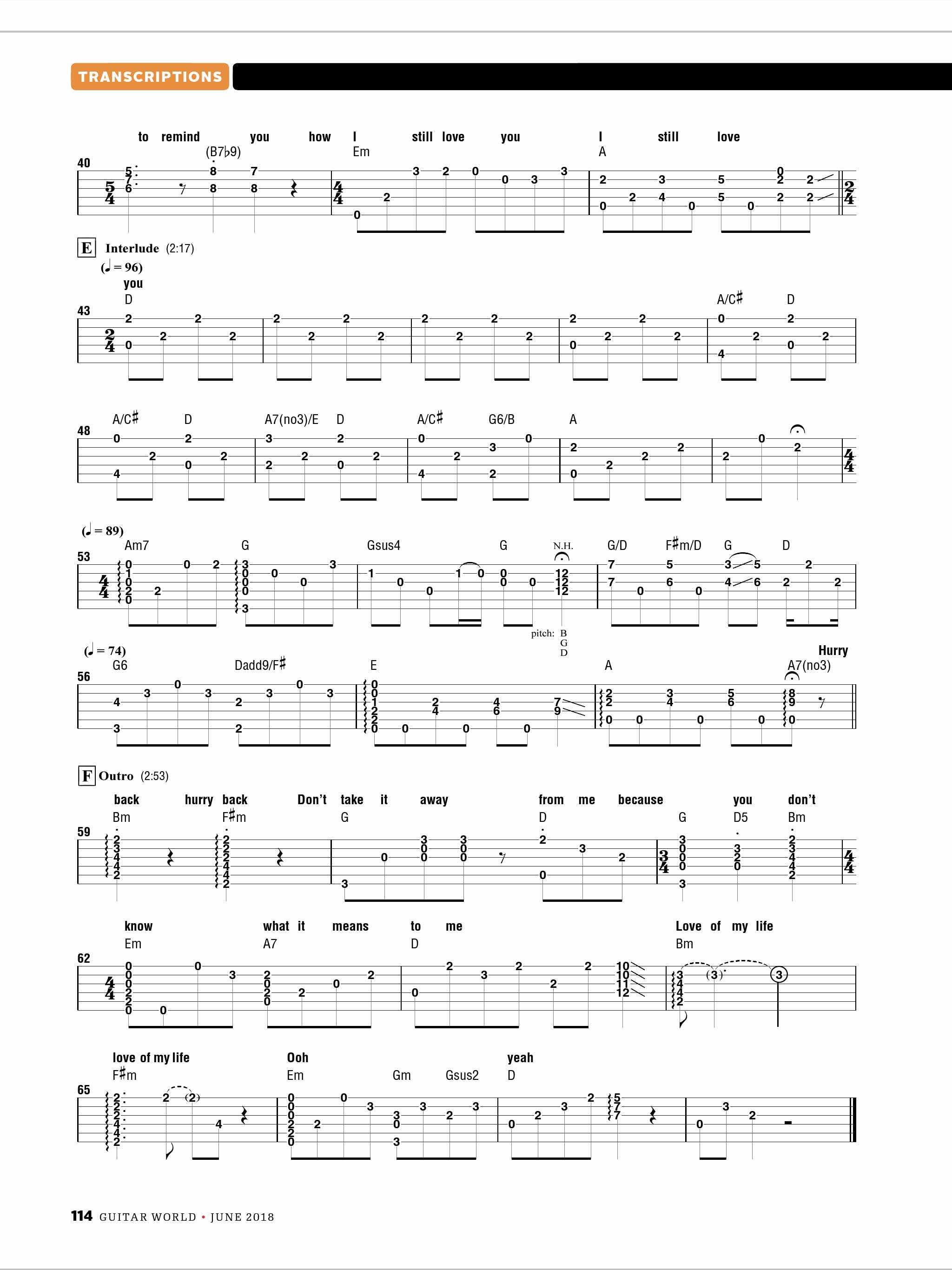 Email ThisBlogThis!Share to TwitterShare to FacebookShare to Pinterest
Labels: brian may, guitar tab, love of my life, queen 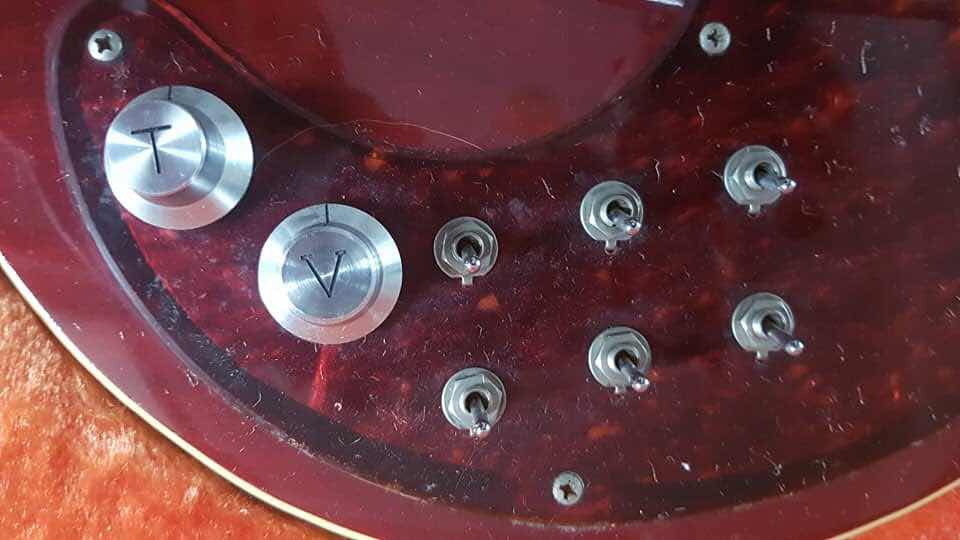 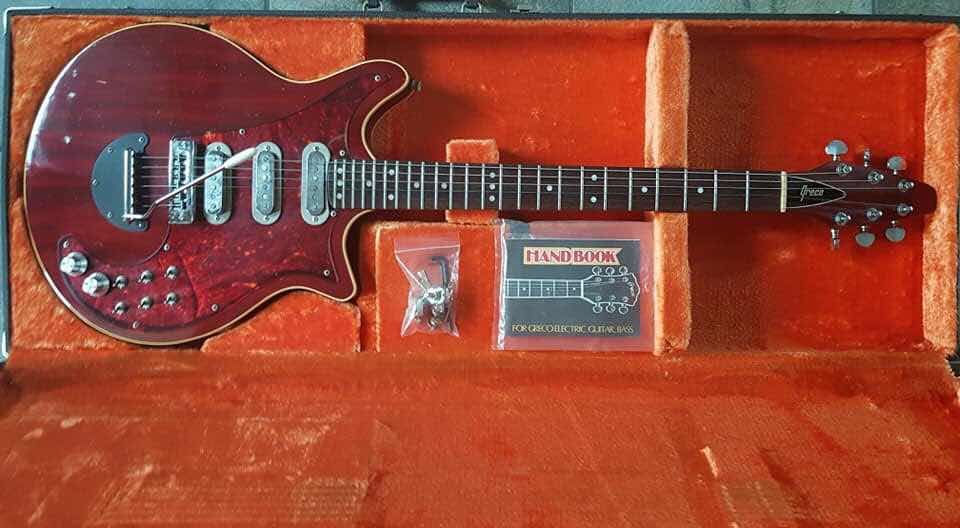 This one caused quite a stir when I posted pics on social media the other day so as promised, here's a blog with heaps of pics for you all. The story of Greco is (reasonably) well known both around here and online in general. It's no secret I love vintage (and modern) Japanese guitars and Greco have been one of the best for many years. The story of the Red Special, Brian May's home made guitar is well known and available elsewhere so I won't bore you with that either. We'll just look at this BM900, the first commercially available copy of this iconic guitar worldwide.

The story of Greco goes back to 1960, when Kanda Shokai introduced the Greco brand to make acoustic guitars made by Matsumoku for the domestic market and then started using Fujigen from about 1974. This is the factory that made this wonderful Red Special copy.

The idea of these Red Special copies dates all the way back to 1972 when Mr Shokai asked Mr. Hidesato Shiino to come over from Yamaha and work for Greco on designs and ideas. He had been a consultant on many big Japanese guitar brands and was primed to get a new thing happening at Greco.

The Gibson importer in Japan had asked Greco to make some Gibson copies in the mid 70's to export to the US as Ibanez and some of these guitars also ended up with Greco on the headstock with the "Super real" series being especially nice copies made by Fujigen. Guitarist, Mick Ralphs of Bad Company visited Greco in the early 70's and talked to them about "custom guitar manufacturing" where they allegedly offered him a copy of Brian May's Red Special.

By '81 Greco were in talks with Fender and would, within a year become Fender Japan making the SE Strat series by Fujigen with a Fender licensed name on the headstock. But that's another story.

Back in the early 70's a famous guitarist named Shigeru Mairi had approached Greco with a similar idea to Mick, and wanted a MUCH better copy of a Les Paul than the EG-360 they were currently making. This idea caught on and Greco started selling more of these custom order guitars to professional guitarists in Japan, and overseas. It got to a point where Greco decided to start a ... custom shop of sorts with a line called OMS (Order Made System) especially for these top end guitars, and demand was huge both domestically and to "in the know" players overseas.
Greco decided they needed a "production" version of the OMS line, which were very expensive and still essentially one-offs and the Project Series was born, essentially using the same designs and ideas but manufacturing in batches of about 40 guitars at a time. The Greco RW ('74), GO ('75) and M ('77) series were part of this program and all three designs did well in Japan. The M series would go on to be known as the Ibanez Iceman to most of us overseas.

In the early eighties after demand for the BM, Greco started production of a standard series version in 1983 called the BM-80 which turned into the (same guitar) BM-90 in 1987, and there are a few small changes to the guitar in general. The back plate is bigger and the truss rod cover is different on the eighties standard series. I've owned three of these BM's in both Fujigen made PS series and one eighties standard series, and to be honest, from memory I can't remember much difference, but these seventies Project Series versions are considered better made, and more collectable, both OS and in Japan. It's an amazing guitar indeed. I must admit to not being a huge Queen or Brian May fan. I like some of their stuff and I do really like some of his playing and his tone is spectacular, but they're not really my thing all up. Having said that, there is really something about the "Red Special" that is VERY, VERY cool. It's a great looking guitar for reasons I can't really put my finger on. It's one of the most aesthetically pleasing shapes for a double cutaway there is. The double bound body really sets the shape off nicely too. It's actually a very nice, and complimentary headstock shape too. Brian (and his Dad) had a great eye for design and detail.

The Greco version differs from Brian's original in a few ways but to think that they started making these around the time Queen were just taking off globally shows the sort of forward thinking strategies these Japanese companies had. They would have had to work from pictures in magazines and photos from album promos. There was no internet to just type "Brian May Red Special" and you couldn't buy one to copy. It would take years for other manufacturers to start making copies of these, some, unlike these, with Brian's blessing. Brian's original was of course a series of laminated timbers (oak, block board and mahogany veneer) for an essentially chambered body and the neck was "set" (with screws) oak with painted oak fretboard, all the way back to the bridge pickup. The Greco version is a solid mahogany body with a standard set mahogany neck with rosewood fretboard. Construction like the original, especially with similar timbers would have been prohibitively expensive and these were meant to "look like" the original, not play like it. Another (thankfully) difference is apparently the neck of the original is HUGE while this has a VERY nice, thin but comfortable neck profile. The Greco keeps with the 24 fret neck with access all the way to to dusty end although it is 24.75" scale, not 24" like the original. It's an amazing guitar to play. The original Special also has a zero fret which the Greco didn't carry over, which is a shame. The headstock on the original is slightly smaller and thinner which means the strings pass (almost) straight to the tuners from the string guide but the Greco has a slightly wider headstock with the strings taking a slight angle from the nut. The headstcok angle is also greater than the original which had a VERY shallow angle. The tuners are Greco branded Grover copies. 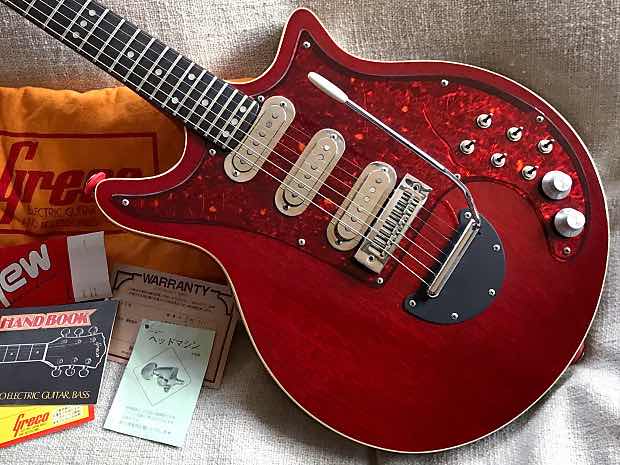 Greco started accepting orders for custom-made guitars from its dealers in 1972. In 1976, it started to manufacture models most ordered and inquired about in small lots under the name “Project Series,” a product line that reflects customers’ requests. These selected models were manufactured on a made-to-order basis.

The BM900 guitar we got our hands on is estimated to be from 1978. Its quality is extraordinary. This guitar is in extremely beautiful condition, making it hard to believe it has lived nearly 40 years.
(Accurate production year is hard to determine as part of the serial number has faded. See the photo for details.)

Some of the products from the Project Series originally came with a gold-plated “Faultless Case” (hard case) and a silicone cloth cover.

Posted by James Rundle at 9:56 AM No comments:

Queen We Will Rock You Live At Wembley Guitar Tab

Queen We Will Rock You Live At Wembley Guitar Tab 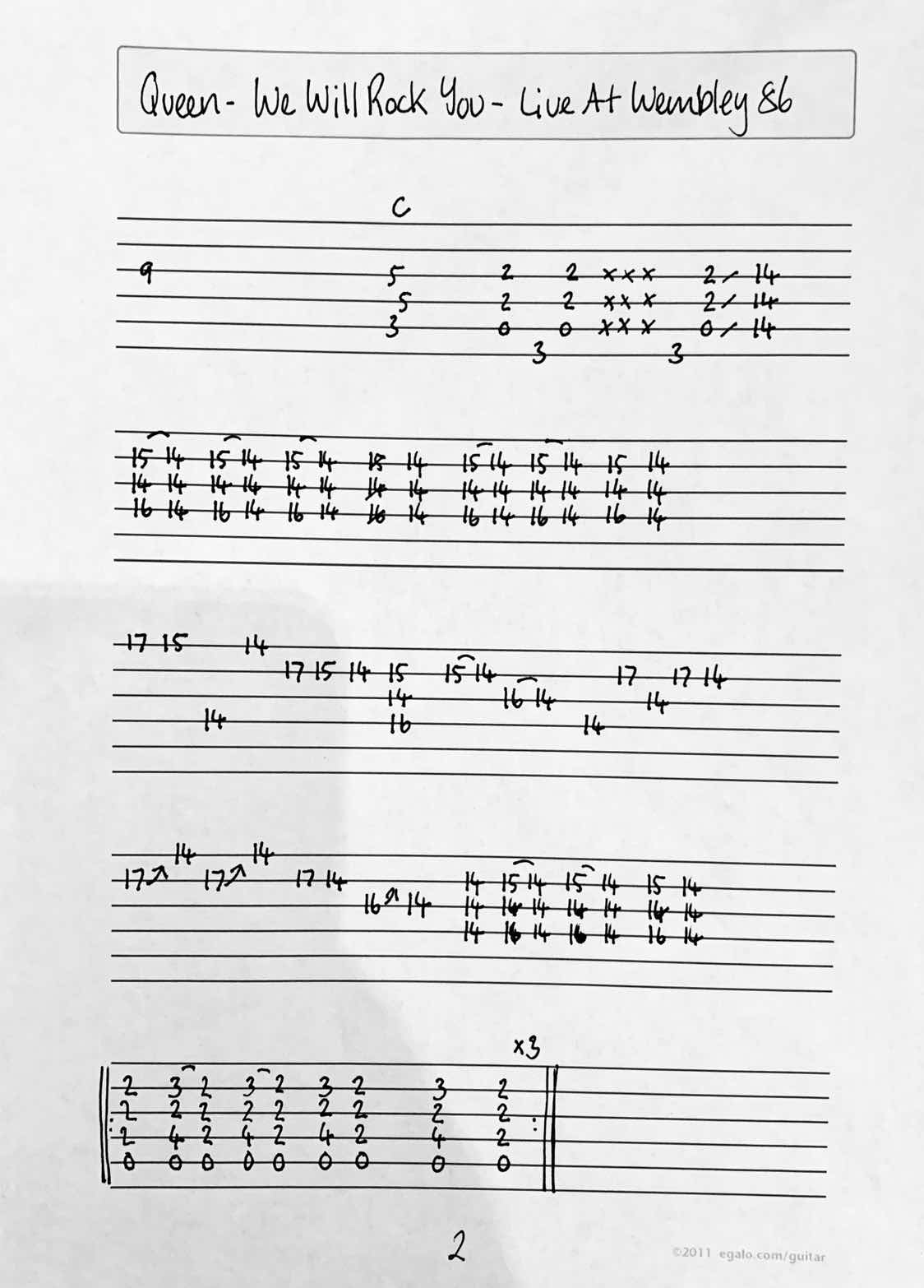 Posted by James Rundle at 7:54 AM No comments:

Email ThisBlogThis!Share to TwitterShare to FacebookShare to Pinterest
Labels: guitar tab, queen, we will rock you

Queen's first true foray into the promotional video may have been with Bohemian Rhapsody, a piece originally made for broadcast on the world-famous Top Of The Pops television programme that has since become a landmark music video, but there were earlier attempts at promotional footage featuring the band 'performing' to a playback tape of their single at the time.

The first of these came in August 1973, a month after the UK release of the Keep Yourself Alive single. The song had previously been featured on BBC Television's Old Grey Whistle Test, but the makers of the show did not know the identity of the group behind the white label disc that was played. Instead they chose to accompany the piece with a piece of animation from within the BBC Archives.

When Queen's management moved the band into Shepperton Studios in London, to work on new material they chose to make a promotional film for the American and European markets. And so, on the 9th August the band mimed their way through both 'Keep Yourself Alive' and potential second single Liar, for the first time on camera. This performance, however, was a disaster for all concerned, and director Mike Mansfield was discarded to film a new darker lit version.

It is this footage, directed by Queen and Barry Sheffield, which features on the Greatest Video Hits 1 DVD. The original version of Liar was, however, released on the Box Of Flix double pack VHS in 1991.

Posted by James Rundle at 12:25 AM No comments:

Email ThisBlogThis!Share to TwitterShare to FacebookShare to Pinterest
Labels: Queen Keep Yourself Alive 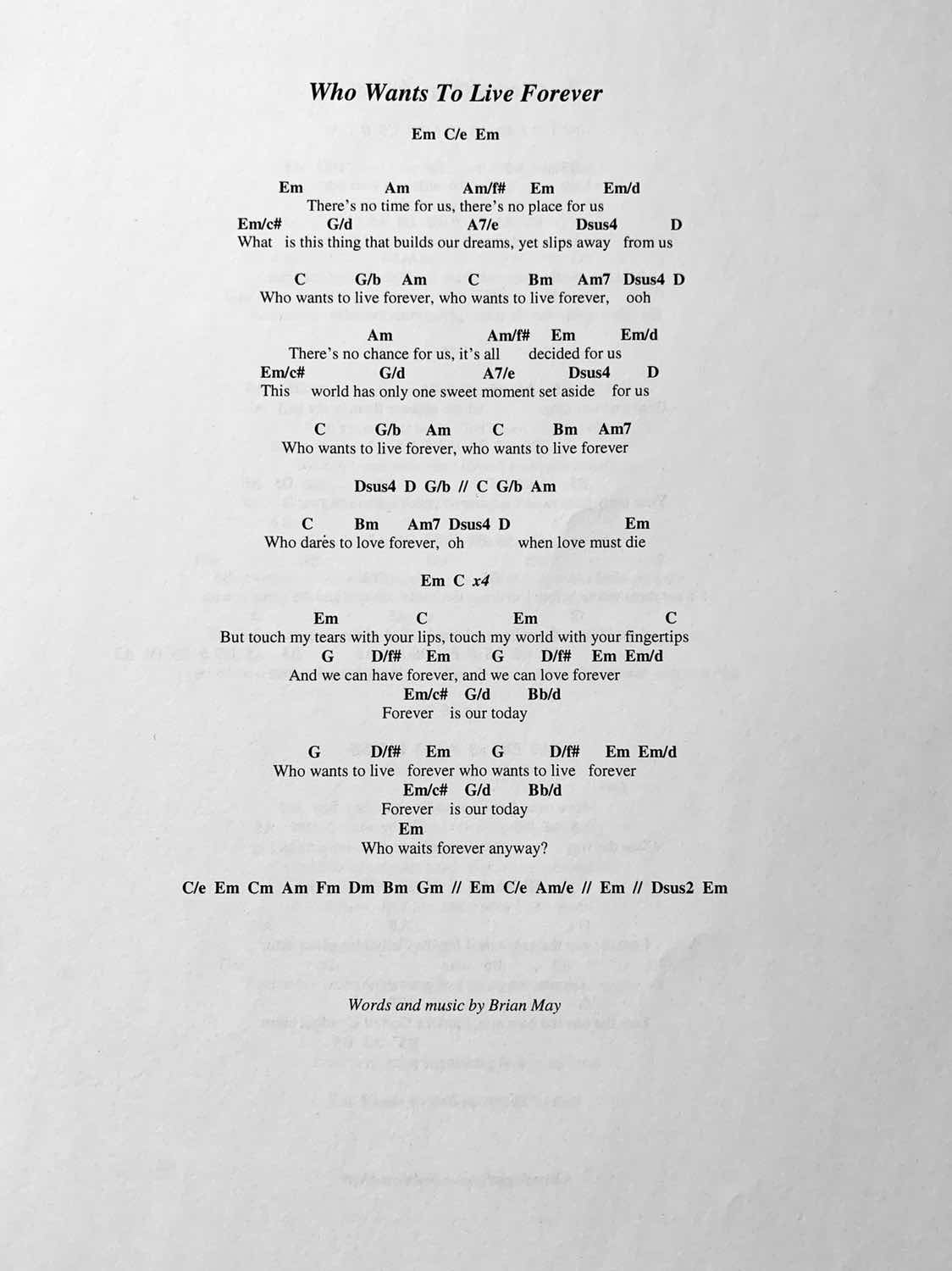 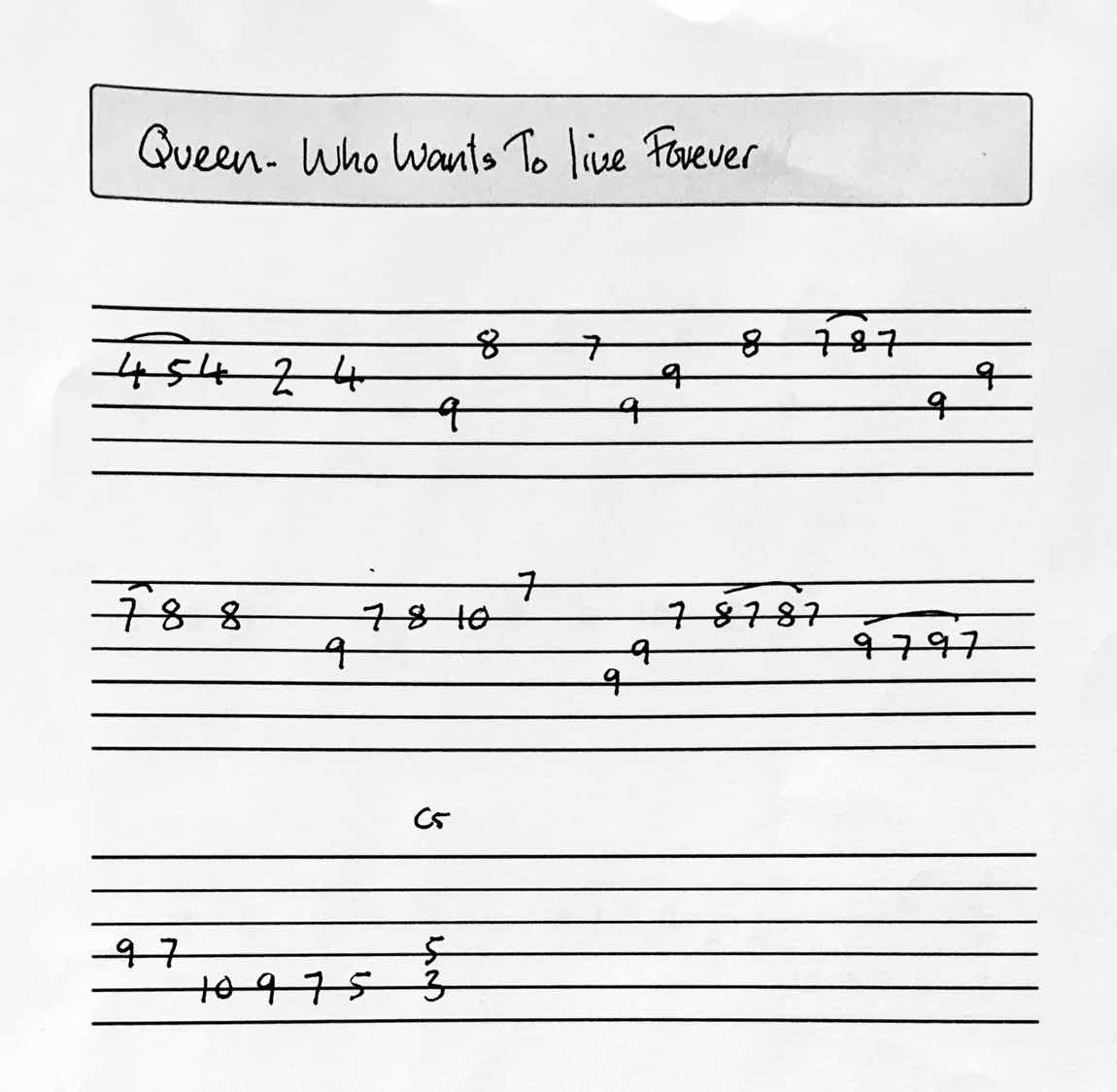 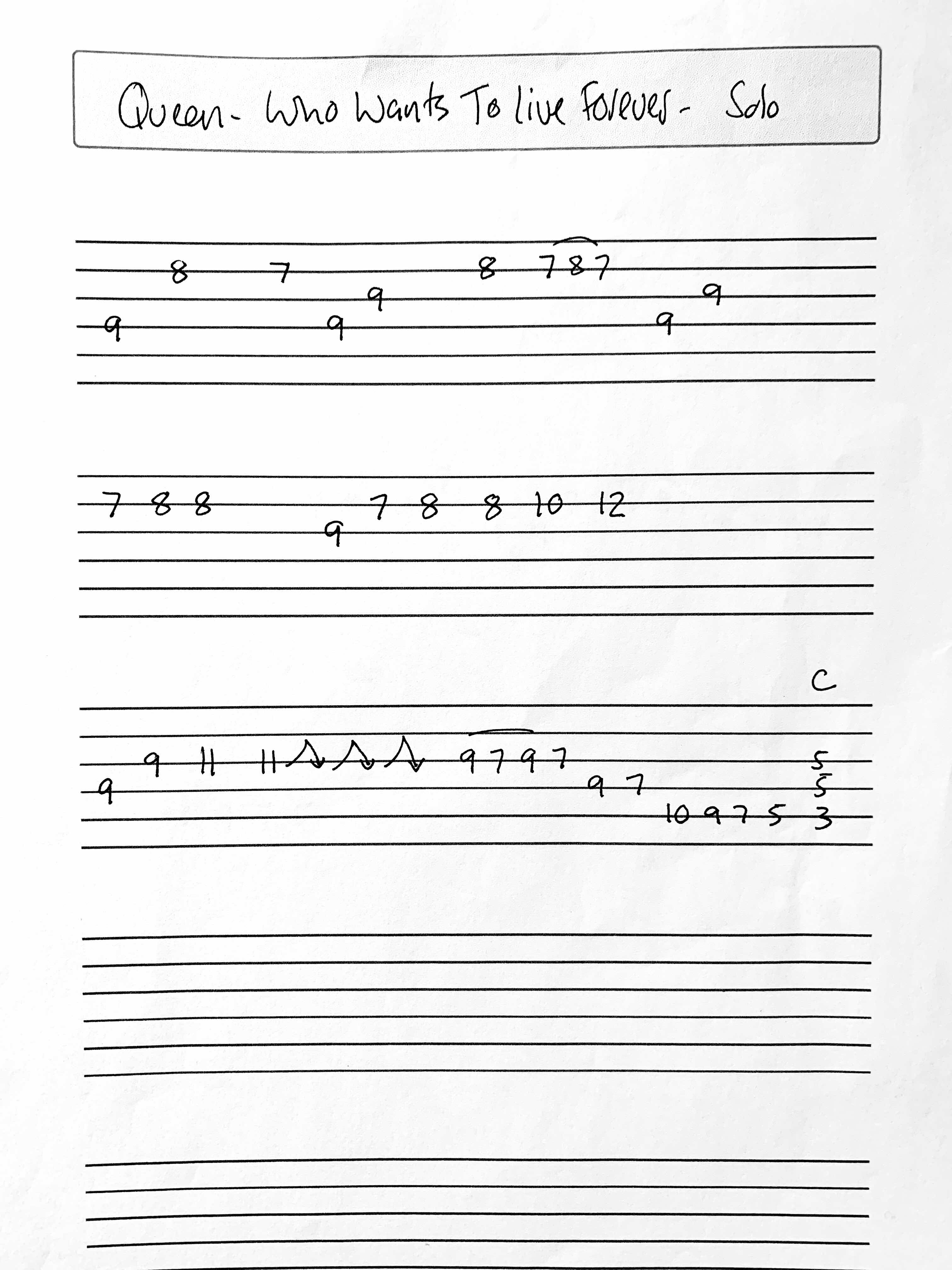 Posted by James Rundle at 4:51 AM No comments: