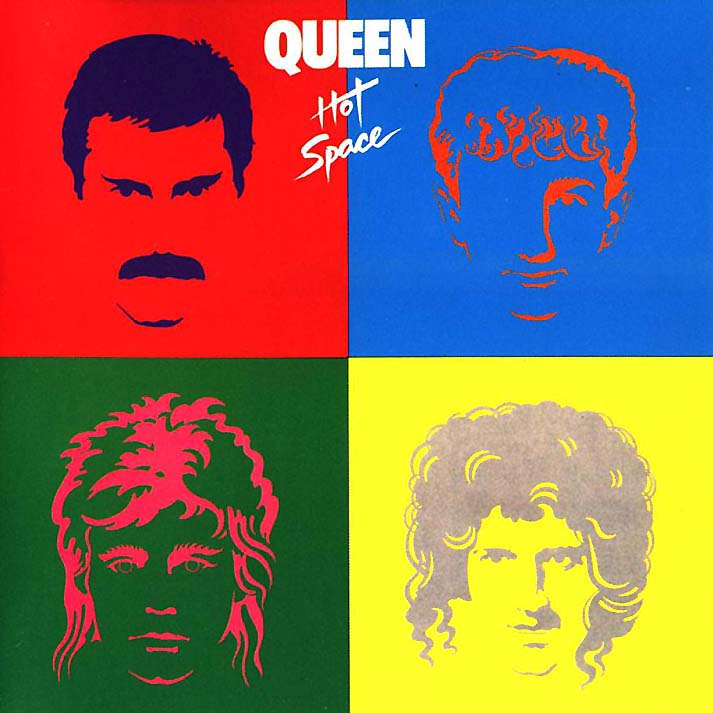 Over the years many people have said to me regarding Queen 'Ah, remember Hot Space when Freddie Mercury tried turning Queen into a disco band'

The tracks Body Language, Back Chat and Staying Power could be described as disco.
Is that a bad thing?

One thing to take into account before judging the Hot Space album is the year it came out in 1982.
By the early 80's Queen were considered an old band. All things from the 70's seem dated.
Continuing with the tried and tested would have been disaster.

Bowie had long turned his back on glam rock released Let's Dance his biggest commercial success.

The new bands of the 80's were Duran Duran, Wham, Culture Club and


Spandau Ballet  so to remain current there was going to have to be change.

In 1980 Queen had huge success with the singles Crazy Little Thing Called Love and Another One Bites The Dust both examples of a huge shift in sound.
So it was a logical assumption to think changing the Queen sound would be a success.

The problem with Hot Space as an album is there's not enough rock music on it for some people. Put Out The Fire is as close to rock as you are going to get to hard rock.

Individual songs such as Las Palabras De Amour, Calling All Girls, Action This Day and
Under Pressure are all good songs. But there isn't enough hit song material to hold it together.

All in all Hot Space isn't as bad as it's made out. It's almost an album of really good B-sides.